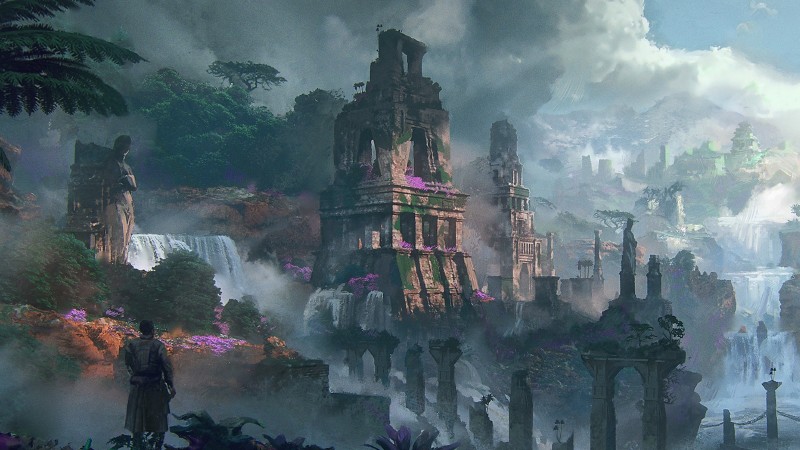 Techland, the studio behind this year’s Dying Light 2 Stay Human, has revealed the first look at its unannounced fantasy RPG that’s now in development.

The game, which does not yet have a title, is officially being referred to as a “AAA open-world action-RPG in a fantasy setting,” and today’s concept art reveal highlights just that. Featuring luscious greenery, ancient ruins, and plenty of beautiful waterfalls, it seems this fantasy RPG will be quite the looker if the concept art is any indication. Techland released the concept art below as a way to let developers know that the studio is hiring and that dozens of positions are open for work on this RPG. 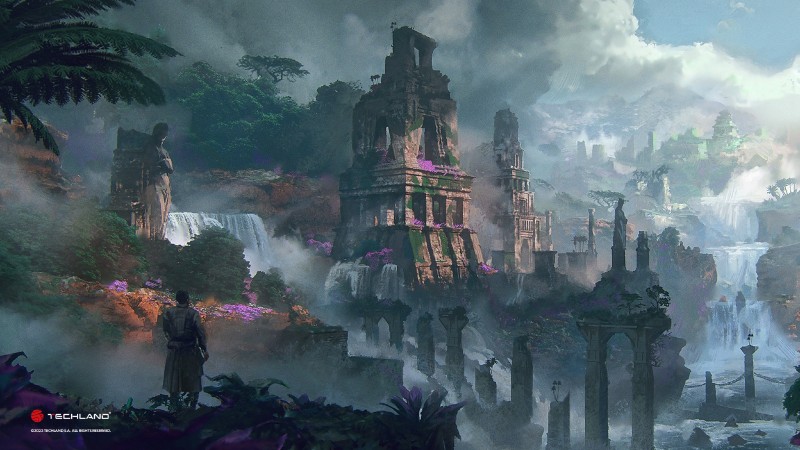 “We’re very happy with what we have accomplished with the Dying Light franchise so far,” Techland CEO Paweł Marchewka writes in a press release. “Moreover, our journey with Dying Light 2 Stay Human has only just begun as we plan to support this game for at least five years, with its scope and size matching, if not exceeding, what we have provided our community with during post-launch support for its predecessor. At the same time, our ambition is to introduce a brand new IP that is vastly different from what we have been doing for the past several years.

“We want to create a fully next-gen experience. A new fantasy epic set in a sprawling open world, fueled by the skills and experience we have gained as a team over the years, infused with new ideas, passion, and creativity. While we cannot share more details about this project now, we’re all truly invested in it and looking forward to showing it to gamers when the time is right.”

Are you excited about this new Techland game? Let us know in the comments below!

GTA+ Is Off To A Great Start, Take-Two Says

Take-Two Interactive rolled out GTA+, an optional paid subscription service for GTA Online, in March 2022–and apparently, Take-Two has been very satisfied with its performance so far. In the Q4 2022 earnings call (fiscal period that ended on March 31) transcribed by Seeking Alpha, CEO Strauss Zelnick said the company is „thrilled” with the number of players who’ve signed up for GTA+.

„We’re thrilled about how it’s been rolled out so far. We’re thrilled with the conversion rate,” Zelnick said. „And it’s clear, that consumers really like the opportunity to engage with GTA Online and they value… what we’re offering through a subscription.”

As for any other future subscription service plans, Zelnick sidestepped commenting and instead offered the above praise to GTA+.

Game Pass Gets Vampire Survivors, One Of The Best Games Of The Year

Sony might have made a splash with its recently-detailed PS Plus revamp, but Game Pass continues to grow its library. The park-builder Jurassic World Evolution 2 is obviously a main draw and—bonus!—out today. Later this week, Game Pass will also get one of the best games of the year: Vampire Survivors. Here’s…

Spiritfarer Version 1.14 Is Ready To Download, Here Are The Full Patch Notes

New life breathed into the game.

Thunder Lotus’ beautiful management sim all about death and the afterlife — Spiritfarer — has received a brand new update, and it’s a big one in terms of fixes. Luckily for fans across the globe, many of the tweaks in the update involve fixing typos and errors in multiple languages.

At the end of last year, the game hit 1 million sales and brought us its largest, and final, free story update, so while version 1.14 isn’t going to bring us some brand new tear-jerking, earnestly beautiful moments, it’ll clean up the experience for everyone.

Marvel’s movies usually lack memorable monsters, but this one is different — and scarier than Thanos Publisher 505 Games used their debut showcase stream to show off some more of Point Blank Games’ upcoming action RPG Stray Blade, along with Forbidden Studios’ supernatural first-person survival game Among The Trolls. Stray Blade was first touted on the Xbox stream at last year’s Gamescom but it’s been in development for several years at the Berlin-based developers. The game stars an anthropologist who’s been sucked through a magic portal and dumped in the ‘Valley of Acrea’ with a little scarf-wearing wolf called Boji for company.

Some of the best Nintendo Switch exclusives are on sale right now at Amazon. The promotion drops the price of the digital editions of three Switch hits to just $44: Mario Golf: Super Rush, Super Smash Bros. Ultimate, and New Super Mario Bros. U. While New Super Mario Bros. U is discounted pretty regularly, the other two rarely drop below $50.

If you purchase any of three games at Amazon, a game key will be added to your digital locker that can then be redeemed on the Switch eShop.

Speaking of the Switch eShop, you can also save five bucks on $50 eShop digital gift cards at Amazon right now. This is essentially free money, and there is no limit on how many codes you can purchase. Just like the game deals, the eShop credit promotion is only available for United States customers.